Since 2000, the Blue Mountains region has been listed as a UNESCO World Heritage site. With this extraordinary landscape as its backyard, the Blue Mountains Gin Company encourages people to experience and explore the region. This item explains briefly how the mountains were formed.

Many walking trails around Katoomba offer not only healthy exercise and great views, but also insights into the region’s natural history. With just a little knowledge you can ‘read’ the landscape around you.

For example, the Jamison Valley, running 6km from the base of Echo Point to Mount Solitary, was once a plateau and has since been hollowed out. This stupendous feat was accomplished by moving water over millions of years.

The scale of this mountain demolition job can be partly gauged by imagining the low cloud filling the valley in this photo is the solid ground that was once there. The time and energy it took to move this amount of earth, and then some, is inconceivable.

Nonetheless, it happened and the process continues today as the Kedumba River winds its way southwards, hidden in the folds of the valley floor.

This major watercourse is fed by many creeks and countless trickles coming down from the heights around the valley, especially after heavy rain. These slowly wear away the rocks of the uplands, carrying them off speck by speck and pebble by pebble.

The way this happens can be seen on the walk into the valley via the Furber Steps, a picturesque walking trail about 1.5kms west of Echo Point. This track descends close by the magnificent Katoomba Falls, which topple spectacularly down the cliff and feed into the Kedumba River below.

The Furber Steps also reward walkers with great views of the Three Sisters and other landmarks.

The majestic cliffs and pinnacles of the mountains were not formed only through erosion by watercourses. Another factor is the seepage of water into vertical joints in the sandstone walls and into the softer horizontal layers of claystone below. The water wears away the claystone bands and this, in turn, undermines the sandstone above.

Without support, the sandstone splits along its joints and the outer layers collapse in a landslide into the valley. Look closely at the cliffs to see the straight edges where sections have split off, and the joints where future splits will happen.

While not everyday events, landslides are common in the Blue Mountains, and rubble from major falls is clearly visible in places. The sloping land at the base of cliffs is made up mainly of rock that has fallen from cliffs and been partly or fully covered by soil and vegetation.

The sandstone throughout the Blue Mountains dates back to about 250 million years, when it was formed of sediments beneath a great river delta on a bay. Many millions of years later, subterranean forces lifted up this region to form a plateau. Then began the gradual sculpting by water of the remarkable mountains we know today. 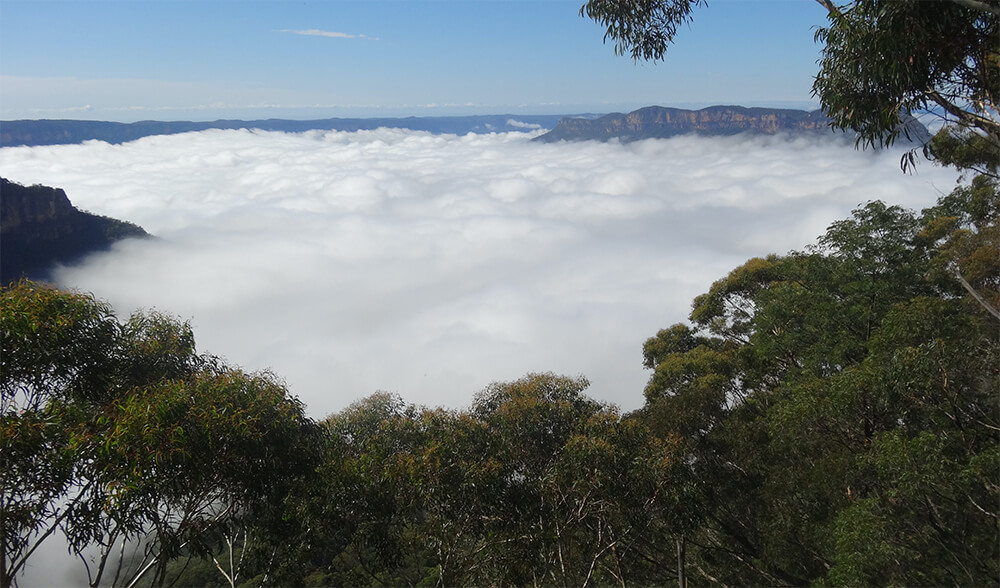 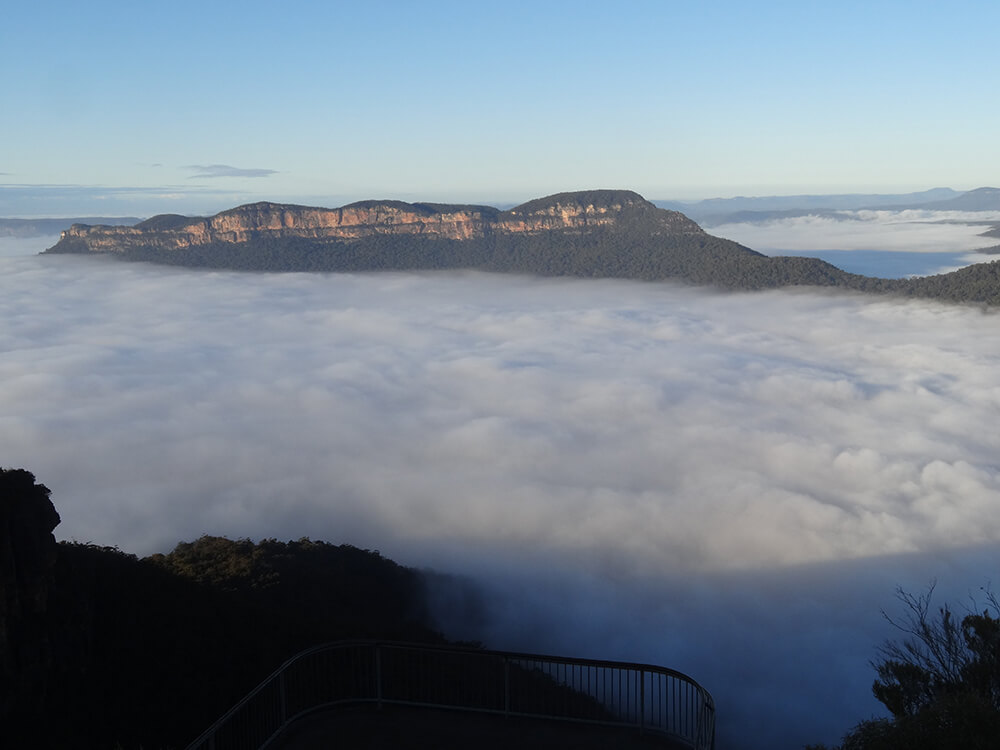 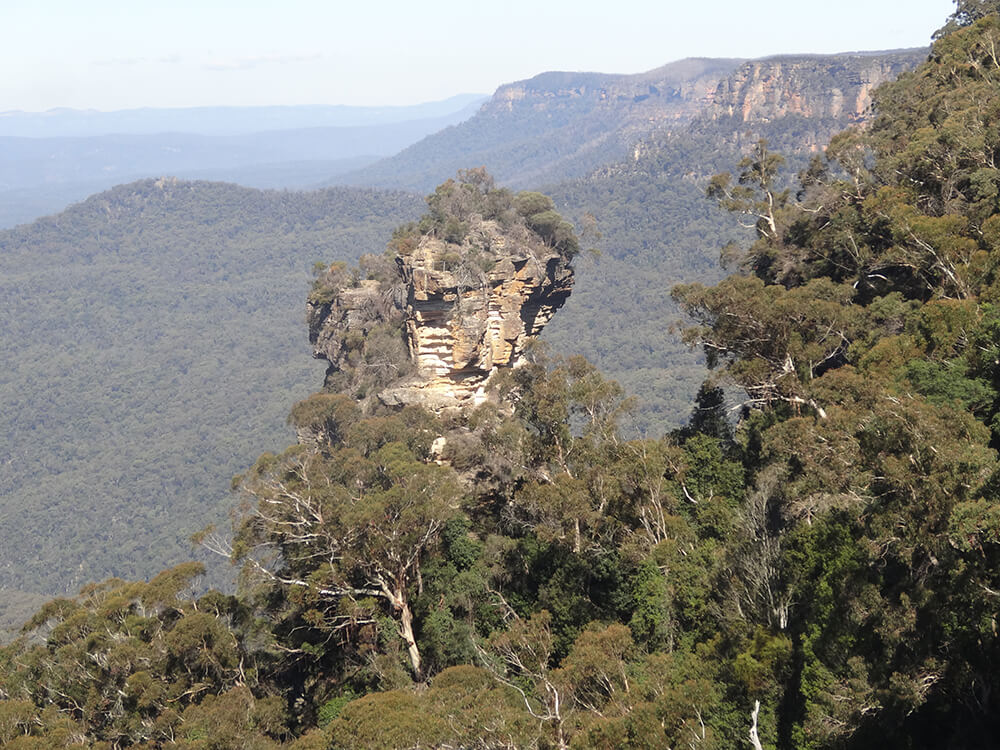 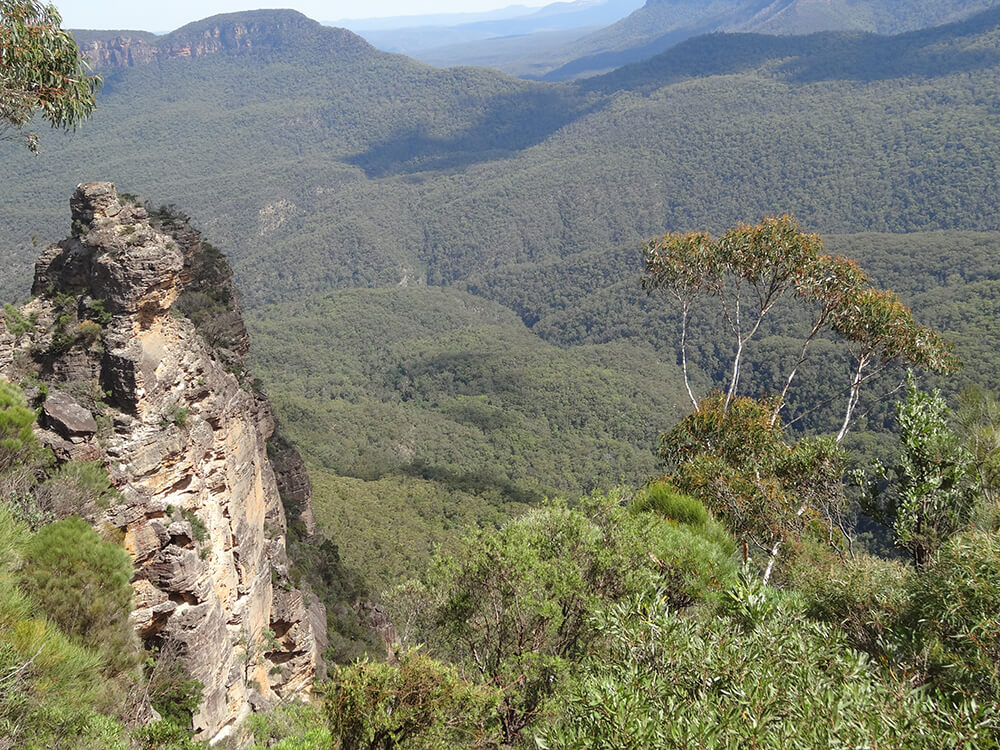 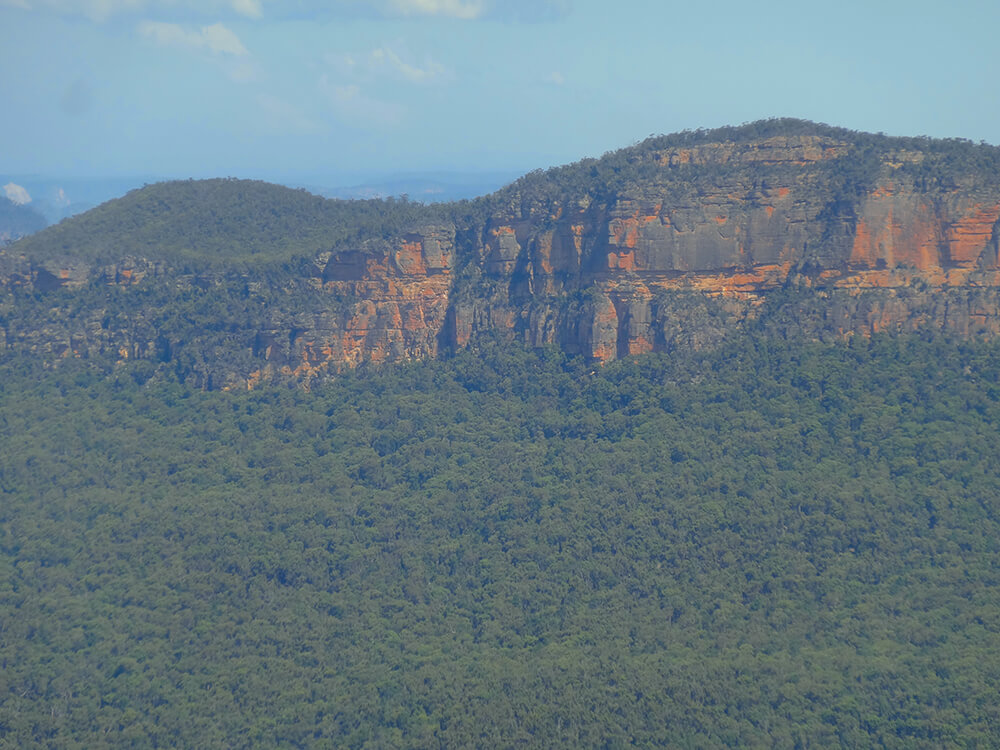 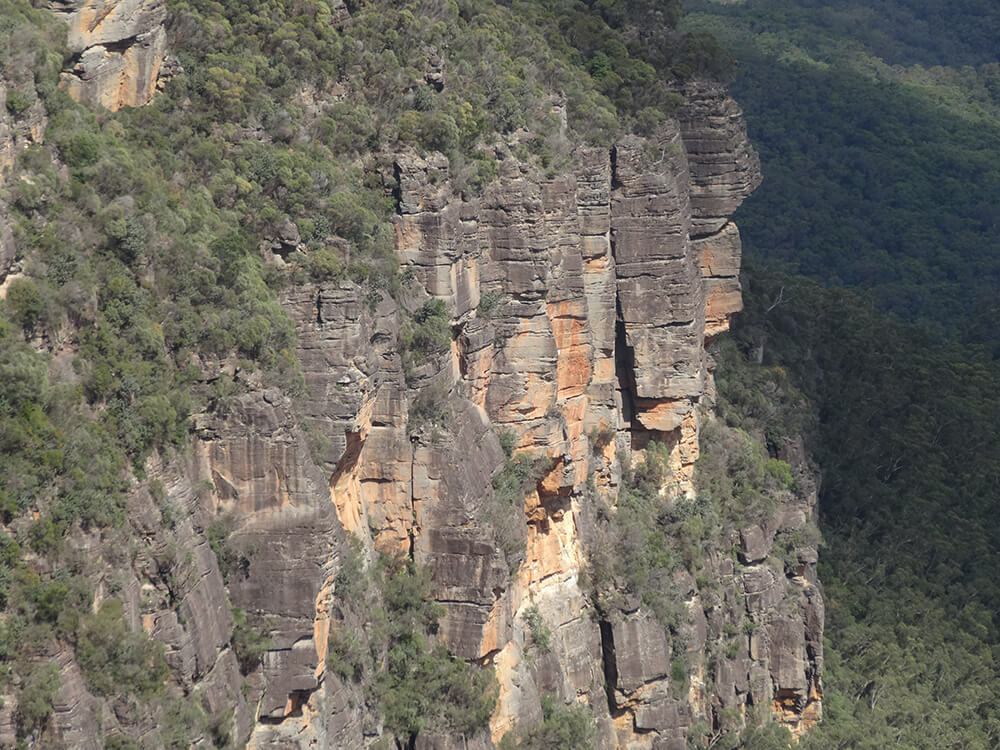 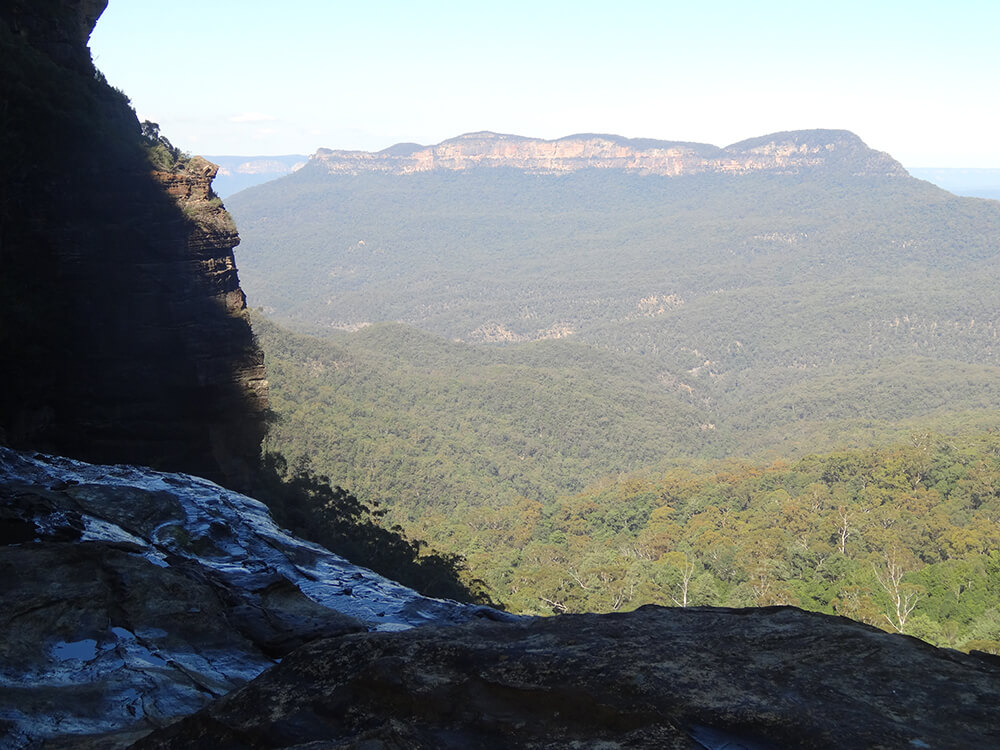 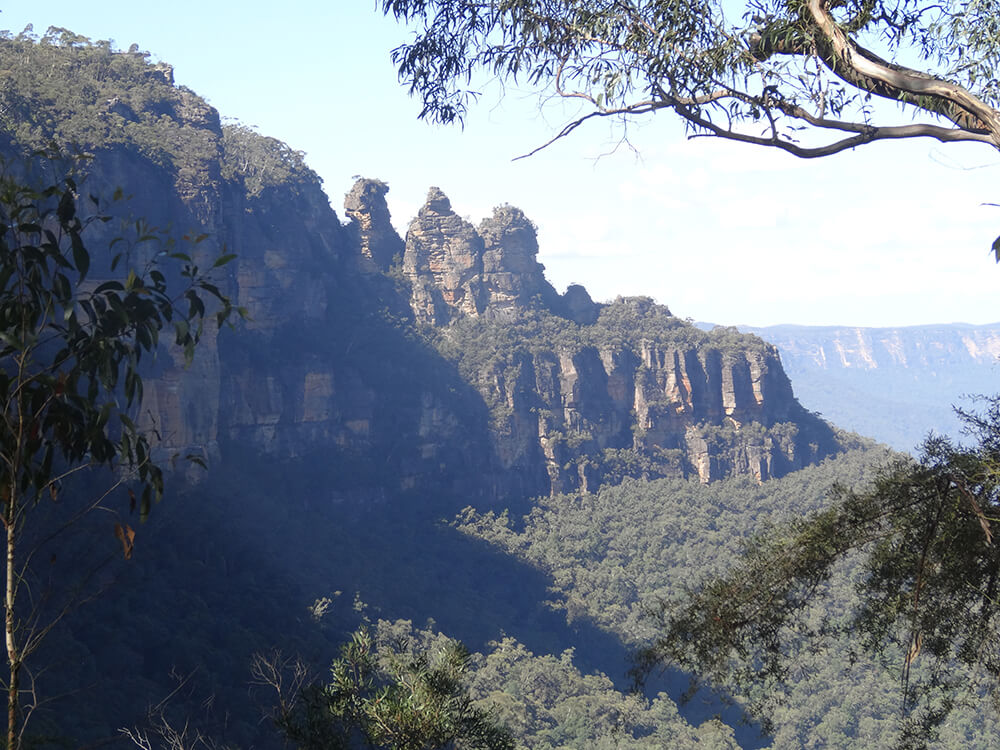 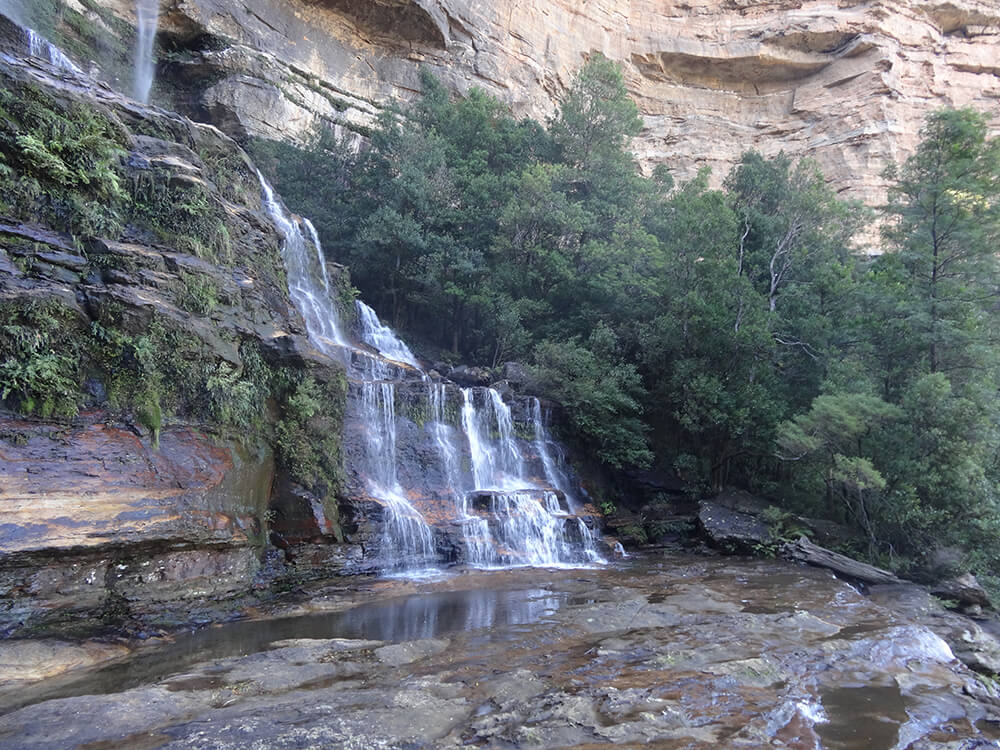 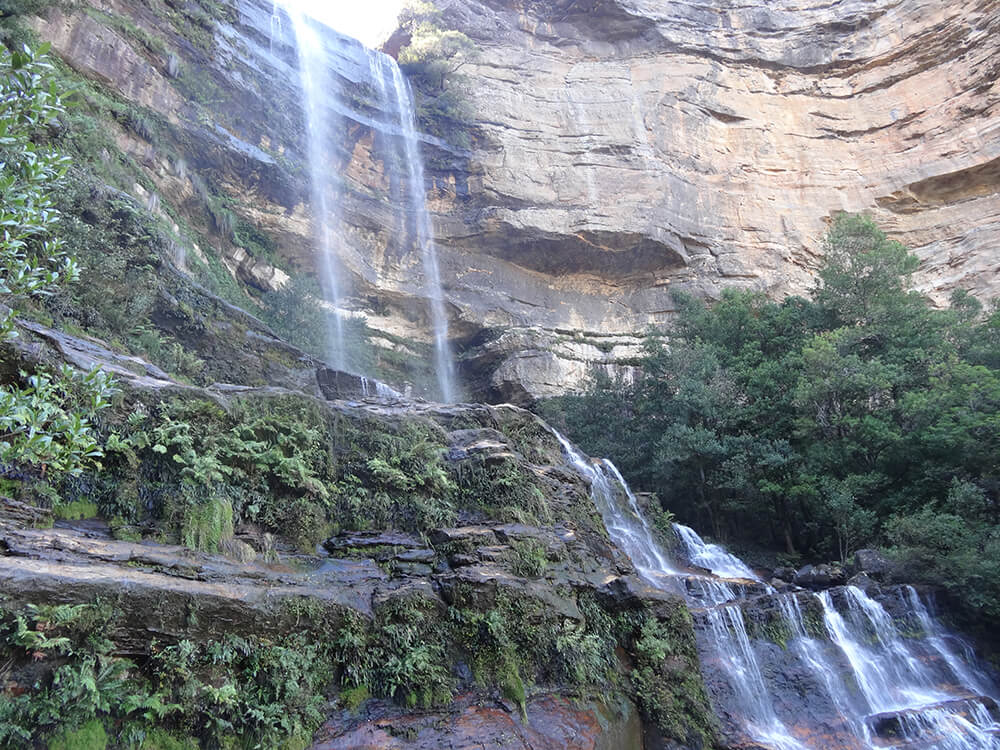 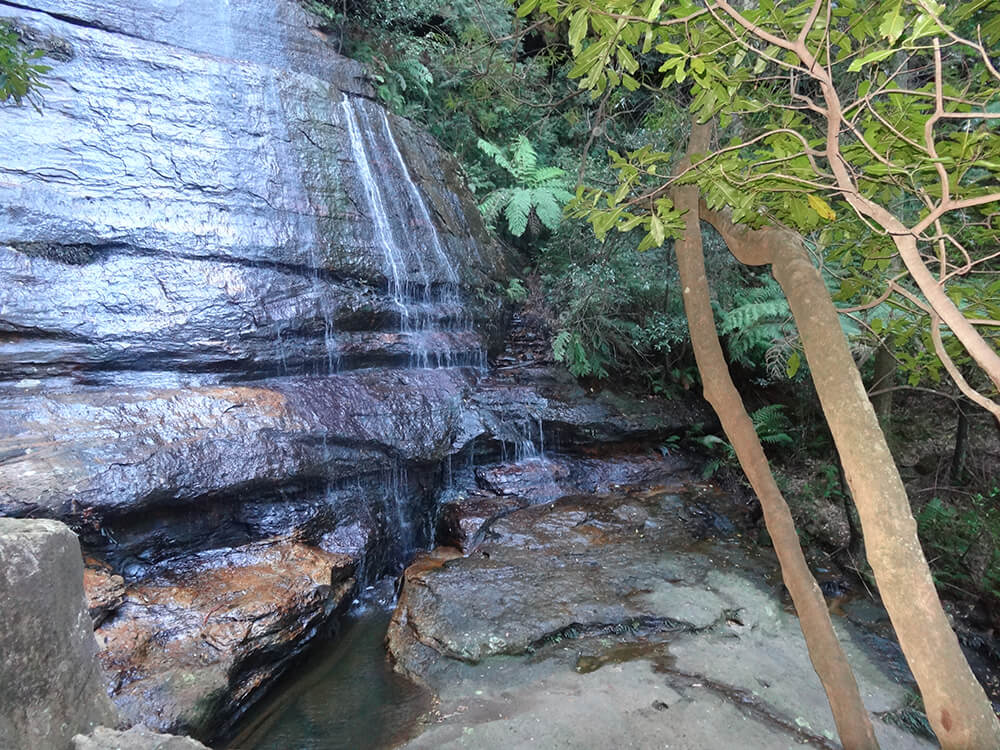 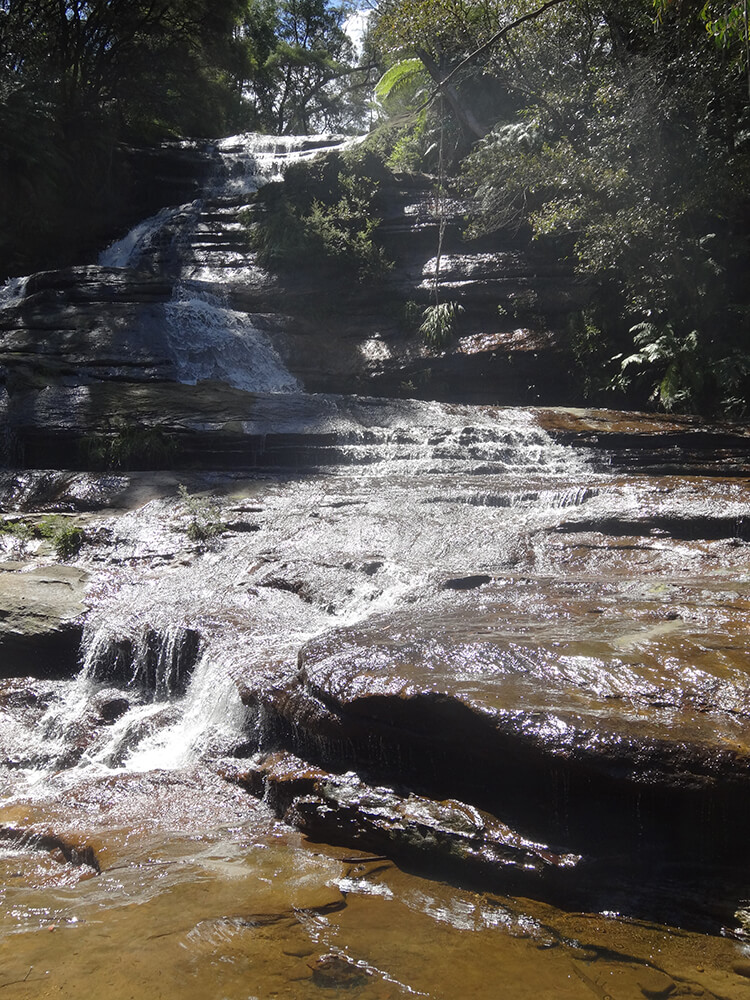 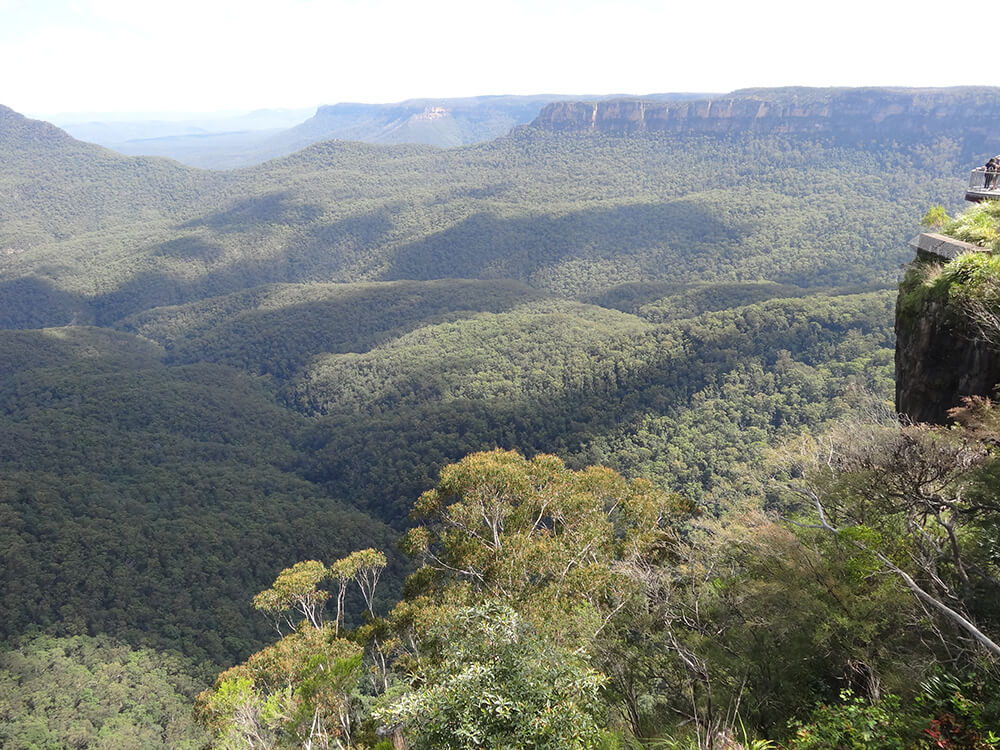 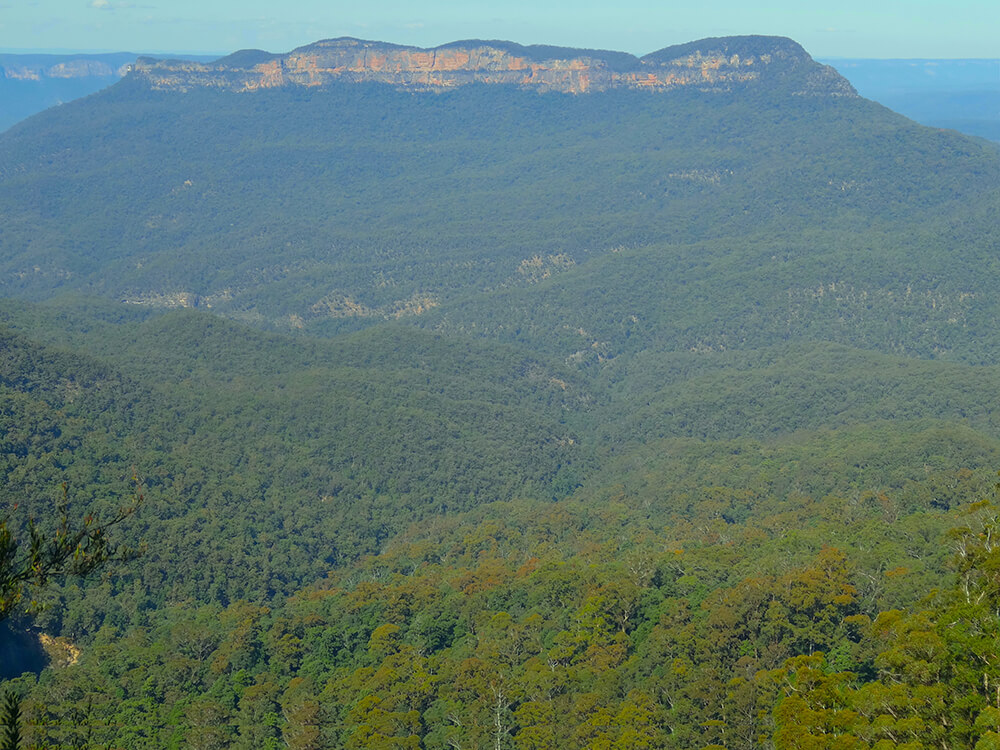 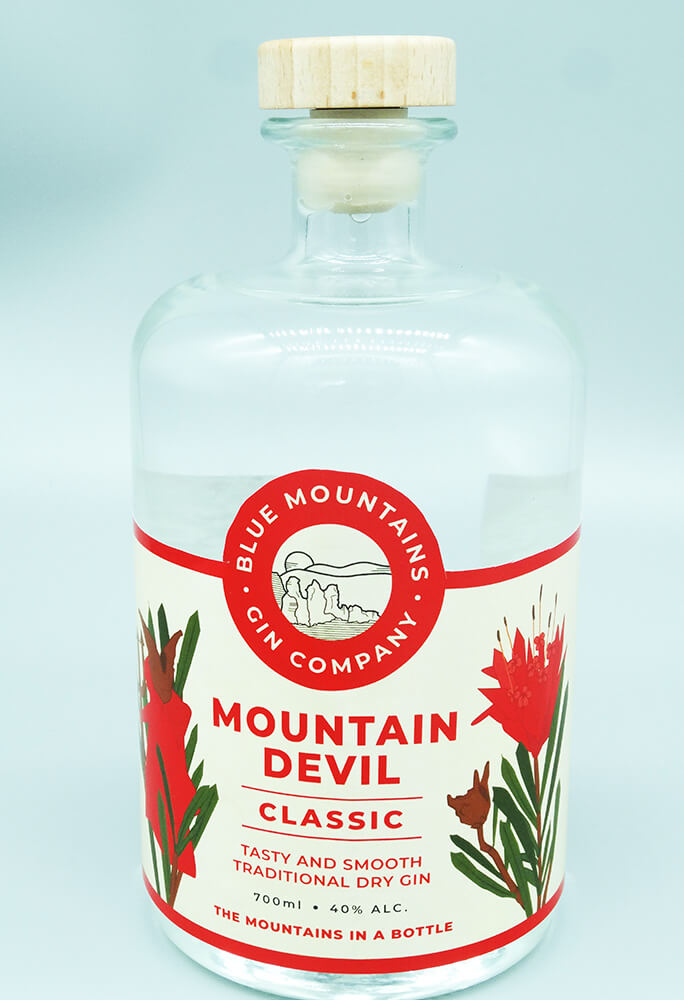 Submit your email address to receive information about Blue Mountains Gin Company offerings to subscribers, including the latest discounts available on our products.